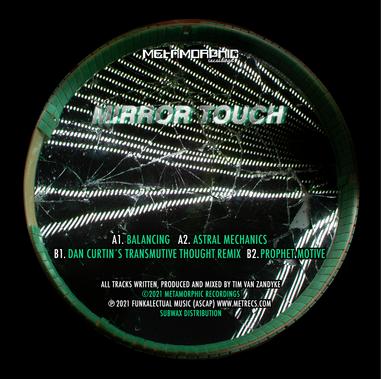 Metamorphic is happy to announce a new artist to the label family! MirrorTouch is a new project from London-based producer Tim Van Zandyke. The sound of Mirror Touch can best be described by a moment in time when mid 90's trax records from the US Midwest combined techno's brutalist grooves with layers of emotive harmonies harking back to Detroit's funk, soul and jazz legacy. Then techno sound hurtled forward, blazing new paths of experimentation, minimalism and hypnosis. MirrorTouch points back to that magic moment when Techno emerged from Detroit, with a series of hardware tracks that combine emotional rawness with the flow of 21st century techno.
Available via Subwax BCN or your favorite record shop late soon!